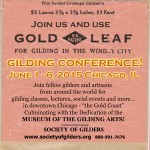 The Conference logo and poster designs were based on a book of Hastings patent gold leaf. Click here to view the poster

The 2015 SOG Conference is now a
memory

And what a memory!   The conference was held in downtown Chicago at the campus of Loyola University near the historic Water Tower.  Though we were right by the “Magnificent Mile” and a block from a Rolls Royce dealer, the University lodging offered a surprisingly affordable weekly rate, with classes just across the street in another Loyola building.  Chicago has an extensive public transportation system, so it was easy to get around. 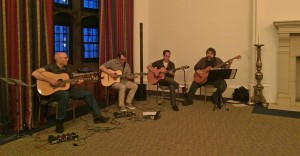 Monday: Guitar quartet “Might Could” provided excellent dinner music for the opening reception

Saturday: Gilded champagne at the Museum in Pontiac 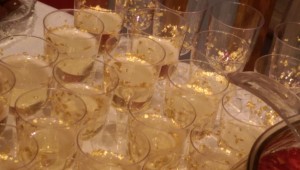 Tuesday, June 2: M. Bruno Toupry on “La Reparure” (Gesso Recutting).  Mr. Toupry, a noted gilder and sculptor, has done work for the Louvre and others.  He came from France to give this talk, a preview of his coming book.

Wednesday, June 5: Sandra Spannen on Instagram. In an impromptu bonus lecture, Sandra walked us through the setup and use of Instagram so we could start posting to the SOG’s Instagram page (@Sandra #thanks! )

Thursday, June 4: Sarah King on Angel Gilding www.angelgilding.com.  Sarah talked on the history of angel gilding and demonstrated the technique of angel gilding from start to finish – a lost art rediscovered.

Friday, June 5: Michael Kramer, Jill London, Michael Gilbert and Micki Cavanah on “How to Price Your Work.”  Round table discussion of an essential aspect of the gilding trade.

Saturday, June 6: Recovering physicist Francis Lestingi on “Why We Adore Gold.”  The physics of gold’s glitter and other intriguing properties 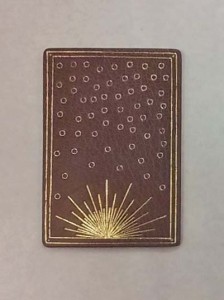 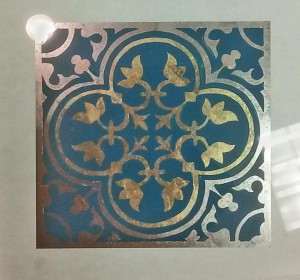 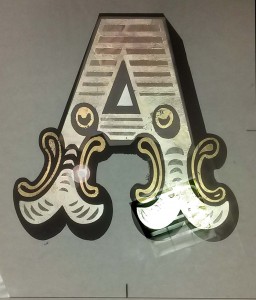 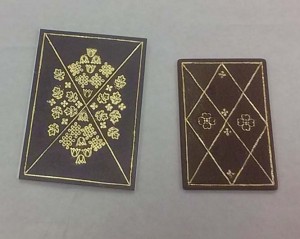 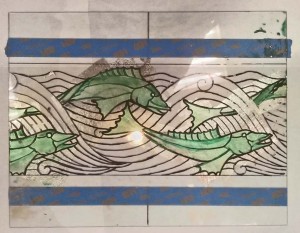 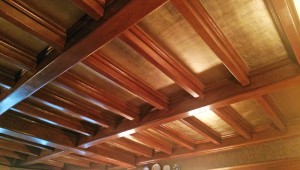 Left (above): The ceiling prepared for re-gilding;  (below)  gilding underway 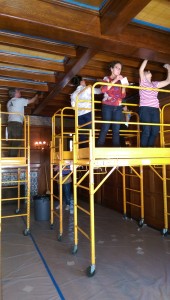 The dining room ceiling of the Glessner House (1886), a National Historic Landmark, was gilded when first built, but later covered with layers of imitations. This coffered ceiling was painstakingly restored to its former glory by a rotating crew of volunteers, under the able management of Michael Kramer and Jill London, who coordinated the project. Over the conference week volunteers masked, marked and then gilding the ceiling sections, finishing the job on Friday and on time. Community projects are open to all interested volunteers; many people have gotten their first addictive taste of gilding during one of these projects. More

Information on past Community Projects

Below, left: Cutting the Ribbon;  right: President Naomi Lipsky presents Peter Miller and Annie Lemarie with special awards for their monumental work on the Museum 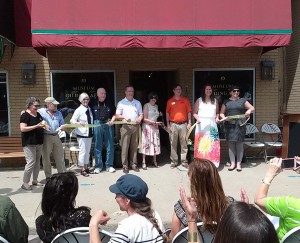 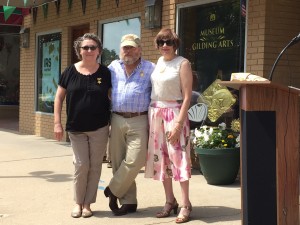 Examples of members’ work in the MOGA exhibit, including our nominee for most unusual pieces:
two gilded bagels by Michael Kramer. 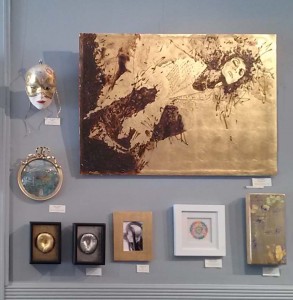 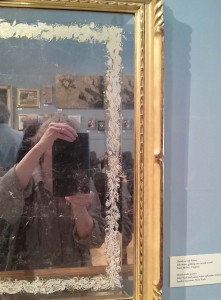 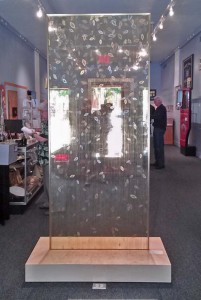 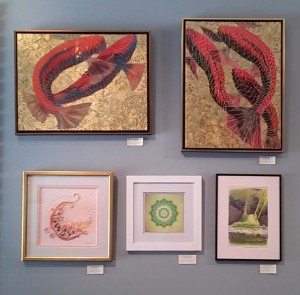 Displays of goldbeating equipment and examples of gilded items 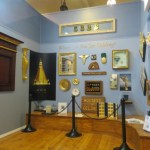 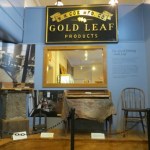 Trip to Pontiac – Saturday, June 6:  A day trip to Pontiac began with a ribbon-cutting ceremony (presided over by our president, Naomi Lipsky) at MOGA.  Besides its permanent exhibit, including the contents of the Swift gold-beating factory (donated to us several years ago by the Swift family), the Museum is currently featuring a display of SOG members’ work, along with a small but delicious selection of gifts (including a food-gilding kit!).  Special thanks to the Museum committee (especially to Peter Miller and Annie Lemarie), who, with support from city officials, have been working round the clock to finish the displays for the 2015 Conference. They not only re-created the factory (down to the view from the windows), but also added incredible displays about gilding, making leaf, and gilding history. The day also included a catered luncheon, a postprandial lecture by Francis Lestingi, and time for sightseeing.  There are several unique museums in Pontiac, including the Wall Dogs.