What set the French apart in gilding in the 17th and 18th century was the process called, “la reparure”. This was one of seventeeen stages in preparing an ornamental surface for gilding. In English this is known as recutting to describe this operation which redefines the wood carving after many coats of gesso have been brushed onto the surface.

Many french terms are used in this article to help understand what it all means and why and how this was done. Learn about veining, chequering, diaper patterns, hazzeling and when and where they were used historically in French frames and furniture. 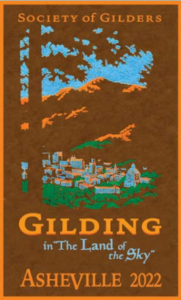